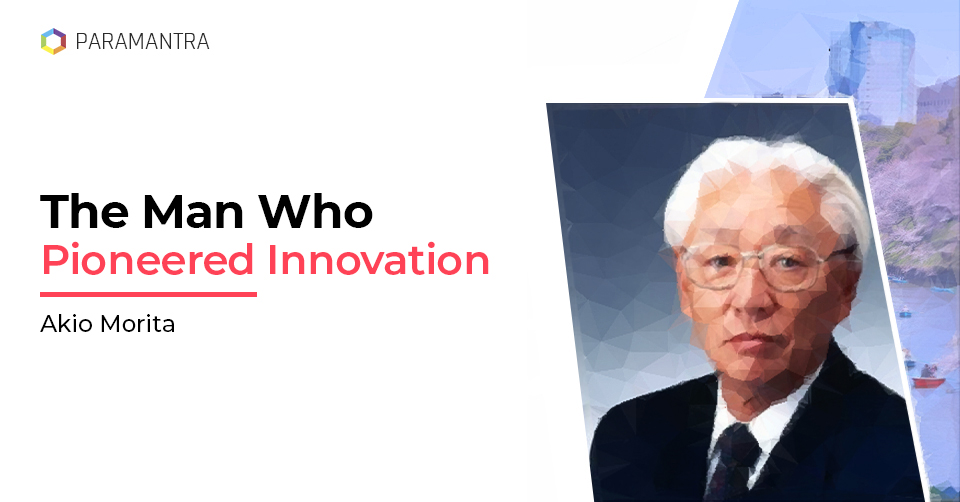 “We plan to lead the public with new products rather than ask them what kind of products they want, the public doesn’t know what is possible, but we do”

Akio Morita inspired everyone. The journey of an entrepreneur who started with a little radio repair shop in a bombed-out building in Tokyo after World War II and transformed it into one of the biggest powerhouse electronics companies.

Along with co-founder Masaru Ibuka, Morita had been the person behind the Japanese electronics industry’s phenomenal growth over the last 60 years.

Morita was born in 1921, in Nagoya, and was the first son of one of Japan’s wealthiest families engaged in brewing sake. Akio Morita would have been the fifteenth generation heir to his family’s sake-brewing business, had he ventured down that line. But he chose differently. As a boy, he was significantly influenced by his mother’s unconditional love for classical music and earned a keen interest in electronics while listening to the RCA Victrola record player. Morita almost dropped out of school due to disinterest in anything but electronics. This unparalleled love for electronics led him to build his ham radio, phonograph, and tape recorder in his spare time.

Morita entered the reputable Eight Higher School with major in Physics. Later, he enrolled at the Osaka Imperial University, where he agreed to serve in the navy. During his studies at the university, Morita helped his professors in studies for the Japanese Imperial Navy. After he earned a degree in Physics in 1944, Morita was immediately commissioned as a lieutenant in the engineering company for the Japanese Imperial Navy. During his stint at the navy, Morita analyzed at the Aviation Technology Center. There he met an electronics engineer, Masura Ibuka, who was 13 years his senior. The pair went on to become good friends and soon the co-founders of the prestigious Sony Corporation.

Akio Morita got married to Yoshiko Kamei in 1950, and they had three children. Until 1946, Akio Morita worked as a physics professor. Later, he borrowed money from his father and rented a bombed out store in Tokyo and Masura Ibuka. He established the Tokyo Tsushin Kogyo (Tokyo Telecommunication Engineering Corporation) or Totsuko (the company’s name was later changed to Sony). The company started with 20 personnel and an initial capital of $500. The company started with manufacturing products like amplifiers, vacuum tube voltmeters, and electronic communication devices for the Japan Post Office and Broadcasting Company.

Successes of Akio Morita and Sony

Morita’s professional shrewdness and Ibuka’s innovative consumer products made Sony a great challenger in the electronics industry. Morita initiated the concept of branding and made sure that the name Sony was prominent on all products. He refused to outsource products to other companies to be sold under their labels. The company also used American-style advertising to a significant edge. The Sony Walkman portable tape player was manufactured and marketed at Morita’s urge and was one of Sony’s most popular consumer products in the 1980s and ’90s.

Along with Sony’s stature, Morita too grew in the worldwide business community. He joined several boards representing Japanese business. Morita was also the vice-chairman of the Keidanren (Japanese Federation of Economic Organizations). It is a group that has a substantial impact on decisions made by the Japanese government regarding business and economics. Morita’s ability was in his business strength to analyze both Western and Eastern cultures and blend the best parts of each of those traditions.

In 1993, he blacked out on a tennis court with a brain hemorrhage and detached himself from working at Sony. He died in Tokyo in October 1999 of pneumonia at the age of 78. In 1986, his book “Made in Japan: Akio Morita and Sony”, was published.

Akio Morita can be a real inspiration for many entrepreneurs. Entrepreneurs can learn about his belief that people excel and grow when they are open to free discussion. A company can never be successful if thinking and planning are left to management. He established the rule that once an employee is hired, his school records should be taken as a matter of the past and should no longer evaluate his work or decide his promotion. According to Morita, it is vital to know how to develop people’s inborn creativity. Many individuals have creative ability, but very few people know how to utilize it.

PrevRevenge Travel: A silver lining for the Indian Hospitality Sector

Custom-Built CRM For Your Business

Fill the form to consult with our experts and find out how our CRM can transform every revenue process in your business. Choose from our 250+ modules and customize every element of our CRM to address your needs. 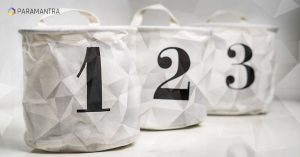 In 3 sentences, get higher site visit conversions from Property Portal inquiries There is no denying the alarming trend. A member of the sales team calls a 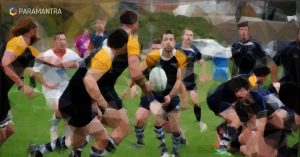 The Changing Face of Real Estate Sales and Marketing

Building a good sales engine is both a science and an art. Unfortunately, there are few places where one can get information about this topic. Specifically, 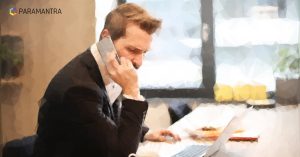 Call Script for Sales: How To Follow Up After First Email

Have you or your teammates wondered why things slow down after sending the first email? That is because prospects are usually most interested when they